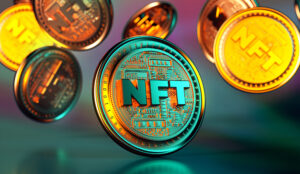 The phenomenal rise of Bitcoin’s value from 50 cents in 2011 to almost $65,000 last November has resulted in the creation of many copycats. In 2022, it is believed that there are over 20,000 cryptocurrencies although about only 11,000 of them are actively traded. Last year, the rise in popularity of non-fungible tokens (NFTs) also resulted in a similar explosion in value and number.

Despite the promises many crypto and NFT promoters make, the truth is that most of them will fail and end up being worthless. A few of them probably had legitimate uses and business plans that just didn’t work out for one reason or another. But many of them were created with the intention of scamming unsuspecting people.

These scams typically come in two forms. The first is known as the pig butchering scam, where a scammer charms his victim with promises of quick riches in order to convince them to put money into a fake crypto account. The second is known as a rug pull, where fraudulent developers create a new crypto token or NFT project, pump up the price, and then pull as much value out of them as possible before disappearing. Unlike the pig butchering scams, which target individuals, rug pulls typically involve many victims because the promoters publicize their fraudulent project on chat groups and even on popular websites. These transactions have also been classified as Ponzi schemes since these scammers use other investors’ money to pay either initial investors or themselves.

These victims may be eligible for enhanced tax benefits. Last month, I wrote a column for Bloomberg explaining how investors who were victims of rug pulls can claim a theft loss to reduce their taxable income. To summarize, victims of crypto or NFT scams can claim an ordinary theft loss as an itemized deduction on their tax returns and possibly use the losses to offset income in past and future years. Normally, these losses are treated as capital losses which may not be useful for people who do not have capital gains to offset.

If the victims can show that their cryptocurrency investments were actually Ponzi schemes, they may qualify for the theft loss deduction using a safe harbor. To take advantage of this safe harbor, the lead figure in the investment scheme must be charged (but not convicted) in the United States with criminal fraud, theft, or embezzlement, and the taxpayer must claim the theft loss on the year the criminal charges are filed. The losses claimed are limited to 95% of the losses if the taxpayer is not pursuing third-party recovery or 75% of the losses if they are pursuing third-party recovery. The loss amount is further deducted by any amounts actually recovered and reasonably likely to be recovered in the future.

Considering that most crypto investors are young adults, and others may know little about cryptocurrencies and how they work, victims may feel more comfortable opting for the safe harbor. Doing so may also increase their chances of getting the most tax benefits. On that note, they will do all that they can to ensure that the lead figures are criminally charged.

In the largest crypto fraud cases, the lead figure(s) have been identified. For example, Do Kwon has been associated with the collapse of the cryptocurrency Luna and is wanted by South Korean prosecutors. The OneCoin cryptocurrency has been labeled a Ponzi scheme, and its CEO has been charged with fraud in India.

The problem is that, in most cases, criminal indictments are rare unless there are many victims or other compelling reasons to indict. The other problem is that sometimes the lead figure cannot be easily identified, so it can take years before they are charged with a crime.

But even if there is no indictment, crypto and NFT fraud victims can still take a theft loss if they invested the money with the intent of making a profit.

Victims of crypto and NFT fraud may be able to get enhanced tax benefits. While criminal charges against these scammers are rare, victims might put more pressure on prosecutors to investigate and charge the lead figures so that they can take advantage of the IRS’s safe harbor, which simplifies the loss reporting process. This may result in more arrests and prosecutions of scammers in the future.